Charlottesville is centrally located in the eastern foothills of the Blue Ridge Mountains in the Central Virginia region. Charlottesville’s rich cultural, natural, and artistic history is showcased in a selection of first-rate museums, galleries, wineries, shops, and parks dispersed throughout the area.

Spectacular scenery and championship courses designed by some of the industry’s top architects create a winning combination for golfers. The many rivers and lakes provide the perfect setting for aquatic pursuits, such as sailing, swimming, fishing, kayaking, canoeing and tubing. The many beautiful parks offer wonderful settings for sports, picnics, relaxation, and adventure.  Visitors will also find charming boutiques, antique shops, antiquarian bookstores, distinguished local wineries, andsmall towns nearby filled with pleasant surprises. 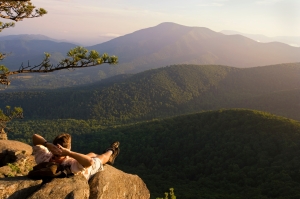 The City of Charlottesville is nestled at the foothills of the Blue Ridge Mountains in western Central Virginia. Home to a population of over 40,000 residents with a metropolitan population over 200,000. The City has earned a reputation as being one of the most livable places in the country. In 2004 the City was given the distinction by Cities Ranked and Rated as the Best Place to Live in America, and Charlottesville has consistently been listed among Money and Fortune Magazines’ Best Places to Live and Best Places to Retire.

A city deep in historic value, the area has raised three Presidents and is the home of the University of Virginia founded by Thomas Jefferson in 1825. With a growing enrollment of nearly 20,000, the University is consistently listed as one of the top five public universities in the country. In 2007, the area’s emphasis on historic preservation alongside modern development has earned the recognition by the National Trust for Historic Preservation as a Dozen Distinctive Destination.

The City has also earned a reputation as a writers’ and readers’ paradise, with more newspaper readers per capita than anywhere else in the nation. Every spring the City hosts an annual Virginia Festival of the Book that attracts thousands of avid readers from across the country. The city is also home to many prominent writers including John Grisham and Rita Mae Brown, and past acclaimed authors such as Edgar Alan Poe and William Faulkner. The citizens of our town value and support arts and entertainment and our area is affectionately referred to as the cultural and creative capital of Central Virginia. Downtown is home to two refurbished theaters, a community theater, an amphitheater bringing in quality national acts, and dozens of art galleries.

Diverse Industry
The City is one of few in the state with a triple-A Bond rating from both Moody’s and Standard & Poors national reporting agencies. In 2008, the City was ranked one of the top cities in the Country to do business, higher than any other city in Virginia. The University of Virginia is the number one employer and provides the city with a stable workforce. Charlottesville is also headquarters to two regional banks, StellarOne and Virginia National Bank. With the area’s strategic location, quality and available transportation and healthy economy Charlottesville attracts many other major employers, including:

Four Full Seasons
Charlottesville’s close proximity to the Blue Ridge Mountains and the Atlantic Ocean allows residents to enjoy a mild climate with four distinct seasons. With an annual average temperature of 57 degrees, the thermometer rarely falls below 20 degrees in the winter or rises above 90 degrees in the summer. With several ski resorts nearby and an average of 24 inches of snow annually, winters are considered mild and manageable. The wettest months are in spring and fall with around 44 inches of rainfall each year. 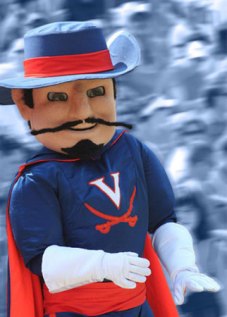 Learning Opportunities
Educational opportunities abound in Charlottesville as it’s home to the University of Virginia, as well as the Piedmont Virginia Community College. The University, located in the heart of the City, invests more than $140 million annually in private and government funds for research and development.

The City School System is dedicated to personal and academic success for all of its students. The system has dedicated teachers, exceptional support services, and a comprehensive instructional program that meets the needs of the whole child. Charlottesville schools promote small class sizes and support one of the lowest average student:teacher ratios in the state. The fine arts and performing arts programs are widely recognized as exceptional. Enrichment and after-school opportunities provide both remedial assistance and activities that challenge and broaden the overall student experience.

There is a high level of community and parental involvement in the schools and staff maintains strong working relationships with other educational institutions, government entities, and business organizations. The division’s strategic plan, Charting the Future: Strategic Plan 2006–2011, was implemented in July 2006. It represents the voices of the community as a comprehensive, long-range plan for improving student achievement by supporting their academic, physical, social, and emotional needs.

The Cultural and Entertainment Capital of Central Virginia
The City offers an impressive variety of cultural, social, and recreational opportunities. There are 26 neighborhood and jointly funded parks and an extensive series of walking trails that run through parkland, residential areas, and along the beautiful Rivanna River. For more information, please refer to the Parks and Recreation site.

There is also a thriving art, music and theater community that keeps the creative spirit alive in Charlottesville. A recently opened 4,000 seat Charlottesville Pavilion amphitheater draws big named acts into the downtown area and hosts a weekly Friday After Five concert in the spring through the fall, a local favorite to kick off the weekend. The downtown pedestrian mall is one of the most successful of its kind in the country and boasts over 150 shops and award-winning restaurants. A magnet for art, music, dining, shopping and entertainment, the mall is now home to a newly renovated Paramount Theater, one of few community-supported restorations of historic theaters in the country. The 1,200 seat theater has hosted nationally-known entertainers. The 16,000 seat John Paul Jones Arena (JPJ) opened in 2006 and has already hosted national caliber events such as The Dave Matthews Band, Rod Stewart, Billy Joel, Eric Clapton, Elton John and Cirque du Soleil. JPJ was recently voted as the Best New Entertainment Venue in the Country.

Thriving Tourism
Tourism plays an important role in the City’s economy, much of it based on its rich historical legacy. Two million travelers visit the area each year to see the area’s historic sites and the spectacular scenery of Central Virginia. Monticello, the home of Thomas Jefferson, sits on a nearby mountain overlooking the city and offers tours and special events and ceremonies. Ash Lawn-Highland, home of James Monroe, features beautiful gardens and furnishings reflecting the Federal style is just a mile down the road from Monticello. Montpelier, the home of James and Dolly Madison, recently reopened to the public for tours, tastings, and horseracing.Give Gracie a call or email her at GracieHaines@comcast.net for an appointment to look at beautiful homes in the Charlottesville Area TODAY!